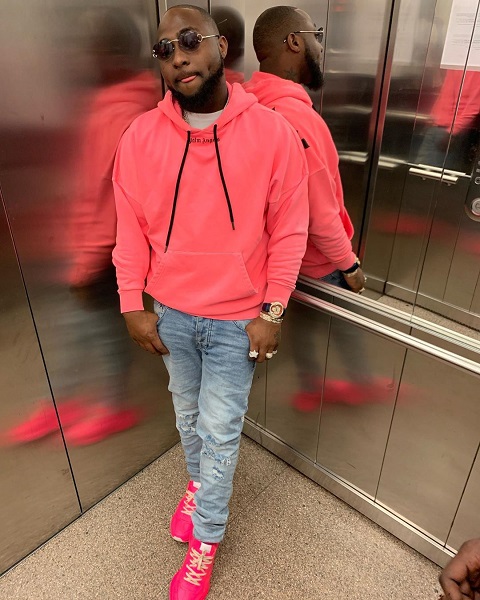 DMW Boss, Davido has got his hands into gaming as he announces the launch of his own game called “ 30BG Money Run ”
The new game is created with his character and named after his crew, ’30 Billion Gang.’
The singer took to his Instagram handle: @davidoofficial to make the announcement.
“WMy game is officially out !!! and we are giving away millions of naira for the next one week!
All you got to do is,
1) go to @30bgmoneyrungame follow and click the link in the bio to download the Game
2) Take a screenshot
3) Post and tag #30BGMoneyRun. There will be draws on IG every day at 6pm West African time to pick winners at random. Each winner gets 10k naira just for downloading.
Let’s RUN for the Money!!! (for apple users it would be available soon )” he wrote.
Finally, the proposed game has an identical interface to that of Temple Run and may even have a similar gameplay.
See post below: 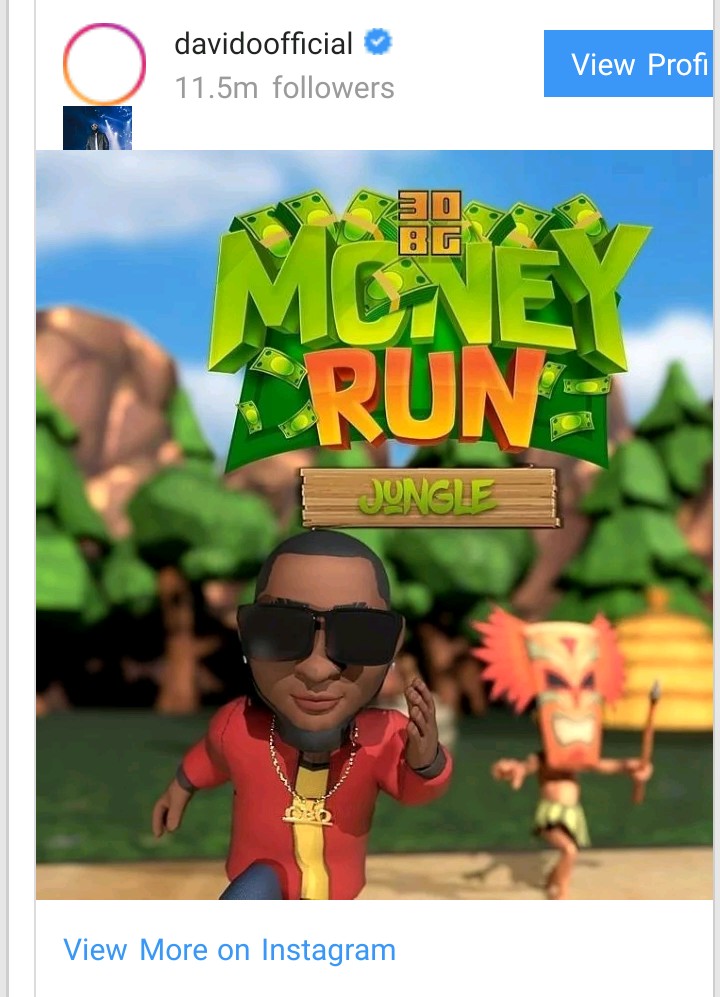 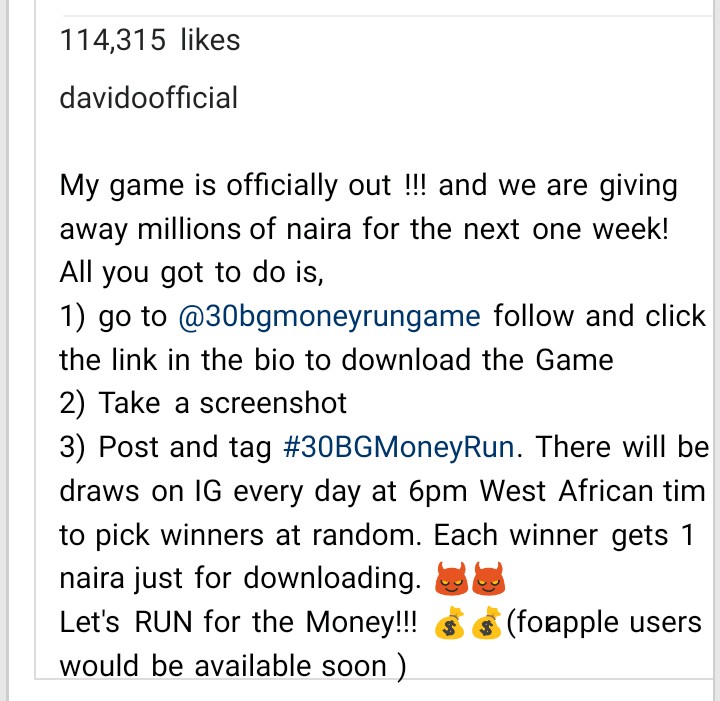 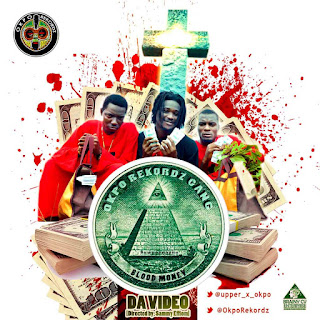